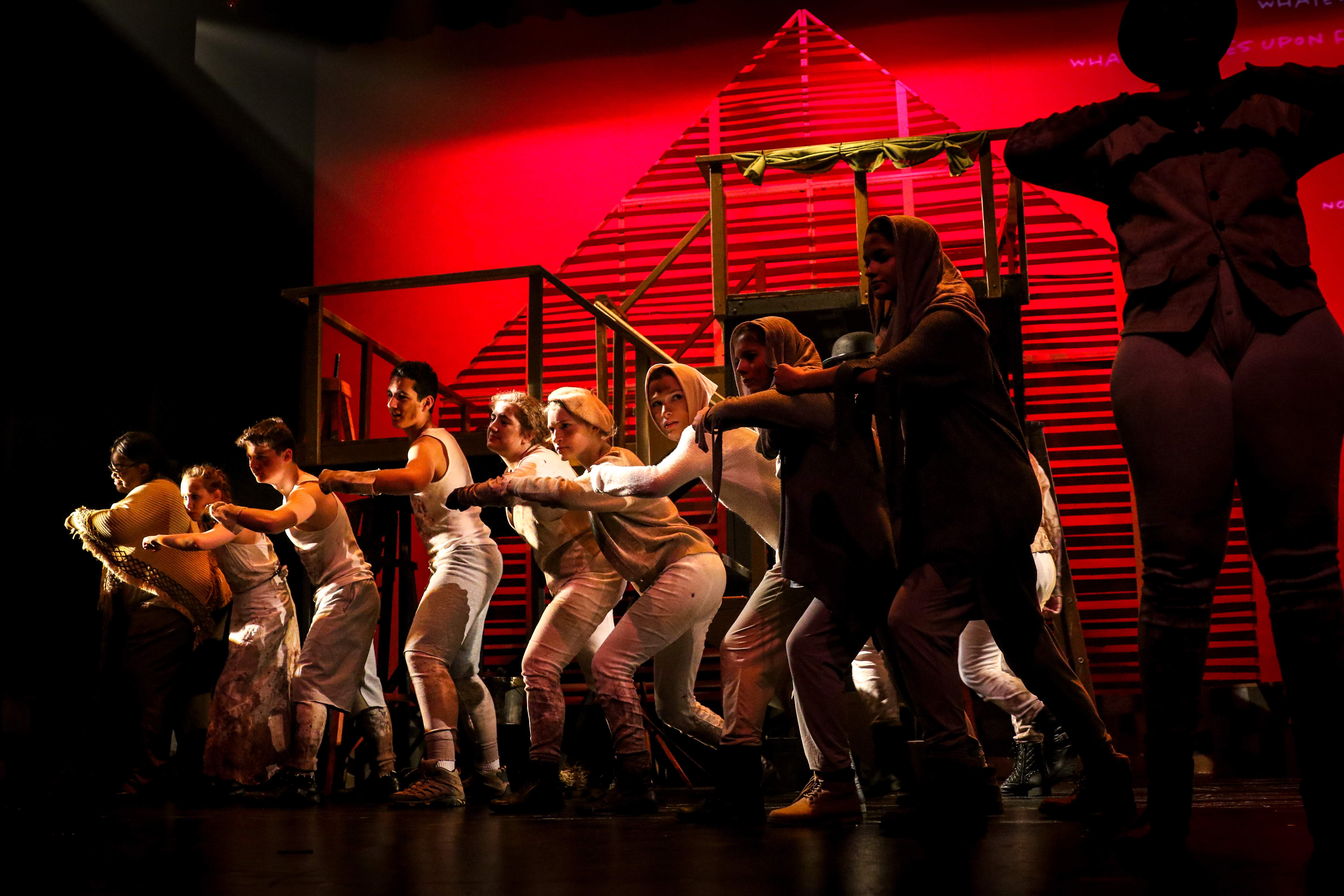 Dancing, singing, technical theater skills and teamwork are incorporated in these shows. Performances are chosen to highlight as many students as possible. The average cast and crew size is about 60-70 students. Faculty, staff and parents assist with set production, costume, prop creation and publicity. Students take on many leadership roles in assisting with choreography, crew, publicity, student directing as well as set and prop production.

For productions calling for teen or adult male characters, we hold open auditions and invite young actors from local boys’ or co-ed schools. Many times we include in our casts sons or brothers of alumnae or our own students.

In addition to three annual main-stage productions, we also frequently showcase smaller productions such as one-act performances, produced by the Drama and Technical Theater class, and student-directed productions. Liturgical drama, shorter skits and scenes are occasionally produced for our school community.

Maryvale’s productions are performed in the Erinn McCarthy Humanities Hall, which features a state-of-the-art stage and 500-seat theater, dressing rooms, scene shop, a music room with equipment for choral and instrumental rehearsal, practice rooms, a multi-media lab, extensive storage and a balcony with a projection and technical booth. The facility has been designed to provide space for our growing Performing Arts Department and to incorporate our extensive collection of music, instruments, theatrical equipment, properties and costumes.