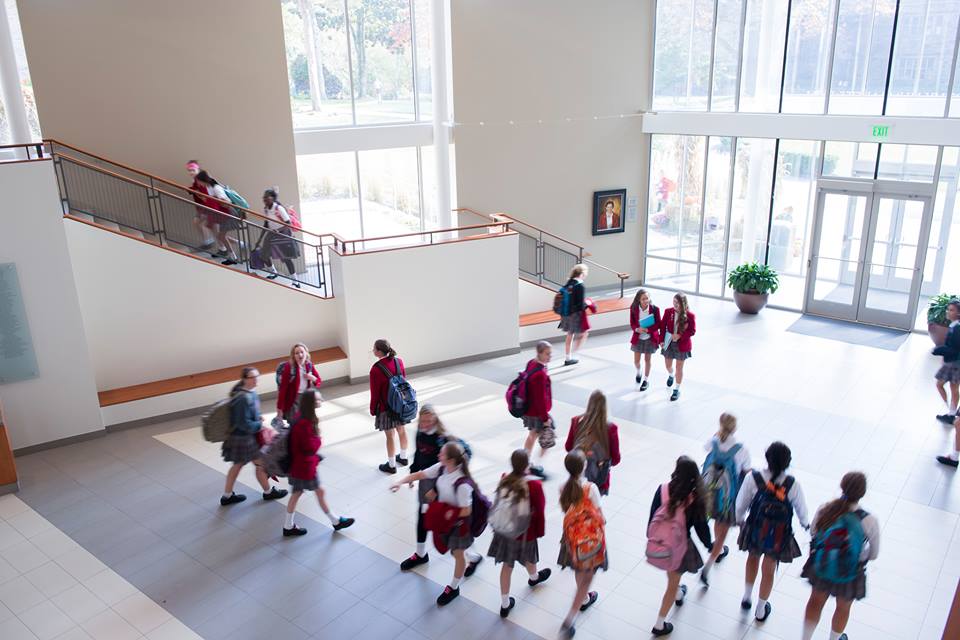 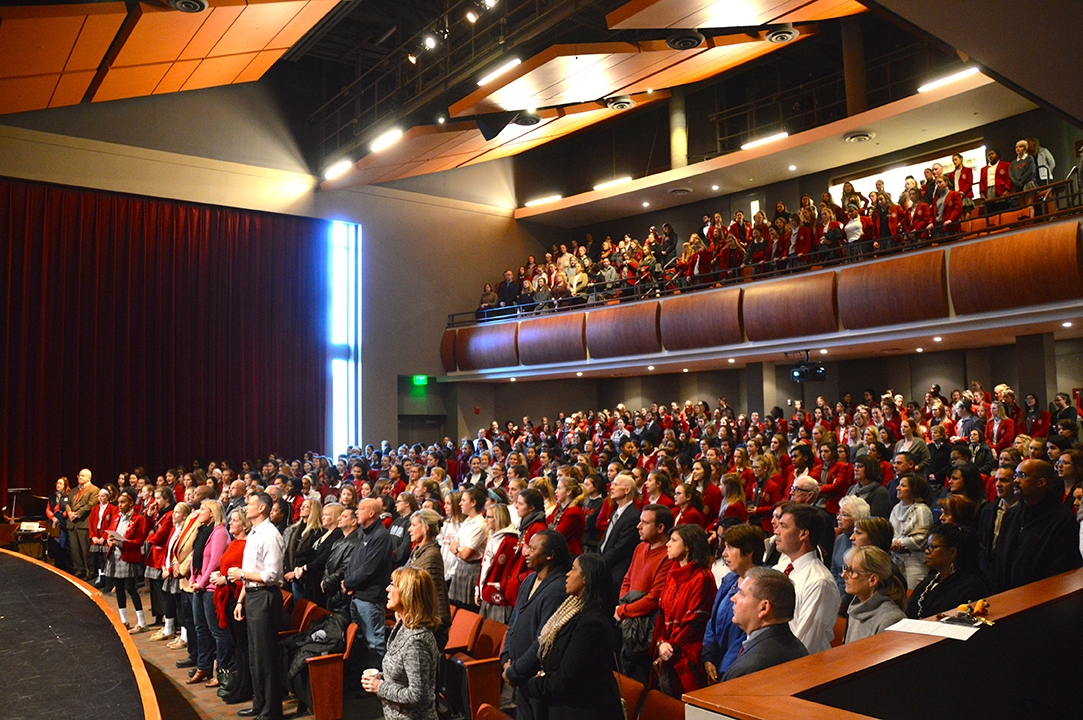 Dedicated in 2012, the newest building on Maryale’s campus is named in memory of Erinn McCarthy ’10.

The focal point of McCarthy Hall is a state-of-the-art theater that can seat more than 500 people. A handicap-accessible space, the theater includes a high tech sound and lighting system, 2 Broadway-style dressing rooms, a theatrical rigging system, and a projector with screen.

The two-story glazed entry hall faces the Castle with an internal grand stairway mirrored by an outdoor garden stairway.

Designed by Baltimore-based Design Collective, the building provides relaxing views of the nearby forest from the classrooms on three floors.

Erinn McCarthy, who lost her battle with cancer in March 2007, would be pleased that the space bearing her name is used for Community Homeroom gatherings — bringing Middle and Upper school students and faculty together weekly.