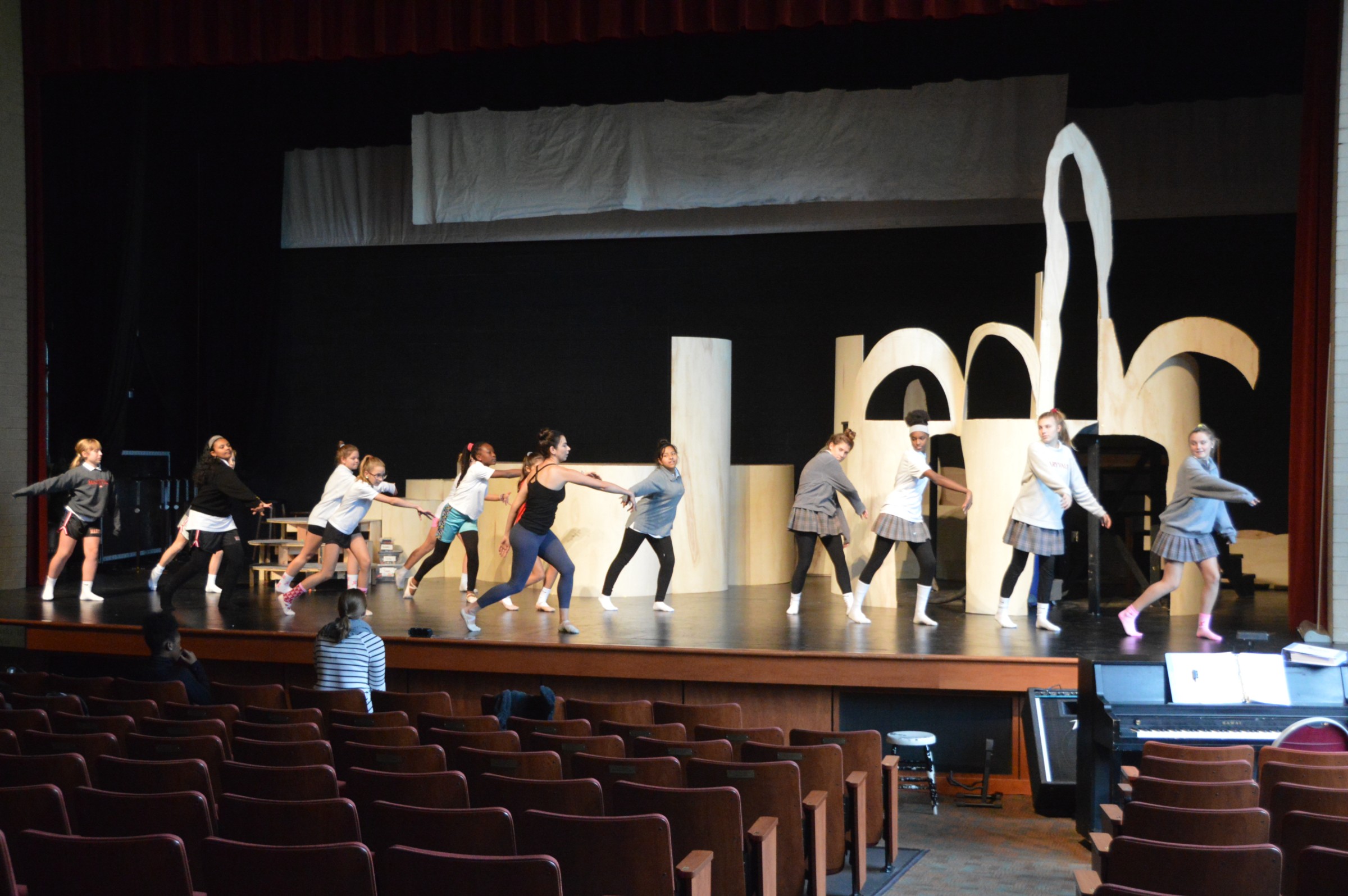 Maryvale Dance and Performing Arts students joyfully welcomed alumna Kathryn Henschen Jacques ’02, who spent the afternoon in McCarthy Theater teaching and sharing her wealth of knowledge about her extensive professional dance and acting career. To begin, Kathryn visited the Middle School Dance Elective in which she taught the girls a contemporary routine. She then spoke with the Performing Arts students as she gave the girls a glimpse of a professional audition and provided advice regarding occupations in the Performing Arts. Kathryn currently serves as the ballet director at the Rage Box Dance Center.

Kathryn began her training at Towson University’s Children’s Dance Division. She later attended the university on scholarship where she performed in works choreographed by Dennis Price, Catherine Horta-Hayden, Yanis Pikieris and Juan Carlos Ricones, to name a few. She graduated in 2006 with Honors with a B.F.A in Dance Performance. Kathryn spent summers at Baltimore Ballet and Central Pennsylvania Youth Ballet, and has performed professionally with the Baltimore Ballet, Harford Ballet Company (now Ballet Chesapeake), Eclipse Performing Dance Company and with independent choreographers throughout the state of Maryland. She has been accepted into programs for Richmond Ballet, Ballet Austin, Ballet Theater of Maryland, and Nashville Ballet, and received Honorable Mention as a Semi-Finalist for the 2002 Maryland Distinguished Scholar of the Arts.

After retiring from the stage, Kathryn transitioned to television and film acting where she has appeared in local and national commercials, PSAs, TV shows and films, including VEEP, House of Cards and multiple shows on the ID Discovery Network. She was the lead actress in the documentary, “Don't Talk About the Baby,” and also starred in the independent feature film “Soul Fray,” which premiered at the 2016 Cannes Film Festival in France before it's international release.

For more than a decade, Kathryn has taught all levels of ballet and pointe throughout Maryland. Her students have attended many summer and year-round training programs, including Bolshoi Ballet, American Ballet Theater, The Rock School, Washington Ballet and Miami City Ballet; received professional contracts with Nashville Ballet, Richmond Ballet and Joffery Ballet; modeled for major dancewear companies, including Curtain Call Costumes; been featured in Pointe Magazine; and have been accepted into numerous high school training programs and college dance majors, often with scholarships. Many students have received top awards and scholarships at regional dance competitions/conventions and signed with talent managers throughout the United States. She's appeared with her students on local news channels, including WBAL-11 and ABC-2, and in various publications.

Back to Performing and Visual ARts News